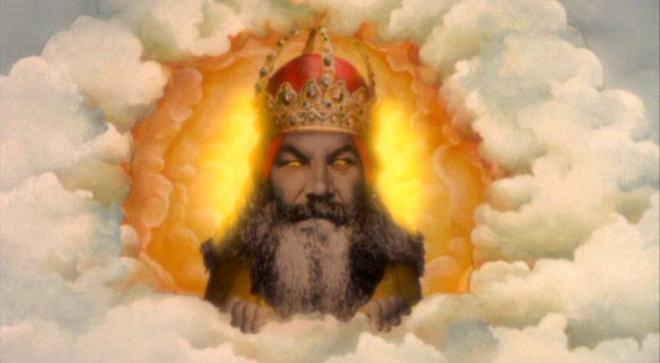 Sunday’s sermon touched on some questions I’ve been getting in “Talkback,” my weekly question-and-answer sessions with First Baptist Church’s adult Sunday school classes.  This excerpt deals with one of those questions.

Sometimes, in my Talkback sessions, someone will ask about that biblical expression, “the fear of the Lord.”  “Are we supposed to be afraid of God?” they ask.  No.  That’s not what the word fear means, not in that context.  It means something more like “awe,” or “reverence,” or “profound respect.”  But you can see where the word came from, can’t you?  From an experience like this one at Mount Sinai (Exodus 19): where Moses went up to receive the Ten Commandments and the people trembled in fear before the mountain of the Lord.  And when the writer of Proverbs said, “The fear of the Lord is the beginning of wisdom” (9:10), he had something like this in mind, where you have such reverence, such awe, such profound respect for God that when God says, “Thou shalt not” do something then “Thou dost not” do it!  And this really is what wisdom is all about in the Old Testament: it’s about listening to God, and doing what he says, so that your life will turn out well.  If you don’t believe it just try not listening to God, and not doing what he says.  Try murdering and stealing and lying and cheating and worshiping idols and dishonoring your parents and then tell me how your life turns out.

That’s why these are not the Ten Suggestions, but the Ten Commandments; it’s because God doesn’t want our lives to turn out badly.  That’s why he put “the fear of the Lord” in his people all those years ago: so they would sit up straight, and pay attention, and do what he said.  But as I said in Talkback last Sunday we seem to be losing that, and it’s not only in the way we treat the Bible.  I think about how we come to worship these days, or how we don’t come to worship.  This place, for example, has been consecrated as a sanctuary.  It has been set apart for the worship of God.  When we come here we come to meet with him.  And yet we sometimes saunter in, talking and laughing with others, unwrapping a fresh stick of chewing gum, as if we were coming to a basketball game.  Where is our reverence?  Where is our awe?  And when it comes to Jesus, we talk about him as if he were an old friend, or at least someone who used to be a friend.  And maybe when that happens what we need more than anything else is a healthy dose of Transfiguration.

Because on that day Jesus went up on a mountain with a few of his old friends and something happened.  His face began to shine like the sun, and his clothes became as white as light, and suddenly Moses and Elijah were standing there with him.  And poor Peter!  Can you imagine?  Where only moments before there had been Jesus, a dusty carpenter from Nazareth with bread crumbs in his beard, now there was this angel of light.  “Rabbi!” he stammered. “It’s a good thing we’re here.  Do you want us to build three shelters, one for you and one for Moses and one for Elijah?”  He didn’t know what to say.  But no sooner were the words out of his mouth than a bright cloud settled on the mountain, just like the cloud that settled on Mount Sinai all those years before.  And there may have been thunder and lighting, there may have been the sound of a trumpet, the whole mountain may have trembled just as it did back then but one thing is certain: a voice spoke from that cloud and the voice said, “This is my Son, the Beloved; with him I am well pleased; listen to him!”  And that’s when they fell on their faces in fear.

I don’t mean “reverence” or “awe.”  I don’t mean “profound respect.”  I mean fear—good old-fashioned fear, where you have trouble breathing, and your heart starts to pound, and your chest gets tight, and your legs begin to shake.  There was a belief in those days that to look on the face of God was to die, and there they were, those disciples, looking on the face of God’s Beloved in a blaze of glory so bright it burned their retinas.  My Bible says they were overcome with fear, but when I looked up that word in the dictionary it said that to overcome is to overpower, or overwhelm, and when I looked up that word it said, “to bury or drown beneath a huge mass.”  So picture, if you will, Peter, James, and John buried beneath a huge mass of fear, flattened by it as you would be flattened by a tidal wave breaking over your head, or by an avalanche that chases you down a mountain, catches you, and buries you beneath tons and tons of snow.

They thought they were goners.

Who knows how long they lay there like that, trembling, terrified, wondering how it would feel to die, or if they would feel anything at all, when Jesus came to them and touched them?  I tried to picture it, and realized that if they were lying face down on the ground Jesus, in order to touch them, would have had to stoop down to their level, he would have had to reach out, put a hand on their shoulders, and say what he says next, which is, “Get up, and do not be afraid.”  And Matthew says when they looked up they saw no one there but Jesus alone—that same dusty carpenter from Nazareth with bread crumbs in his beard.

“This is my Son, the Beloved; in him I am well pleased,” God said.