Note: This is another of my personal letters to my congregation.

I dropped the ball.

It started on Friday, two weeks ago, when I used the ten-minute window between one appointment and the next to check my email.  I found a message from a church member telling me his wife had been diagnosed with cancer and would be having surgery soon.  I felt that stabbing pain I feel whenever I hear or see the “C” word.  I wrote back immediately and assured him of my prayers.

And then I went to my next appointment.

Fast forward to the following Saturday when I got an email from this same church member telling me, essentially, “I thought you cared.”  It turns out his wife’s surgery had been scheduled for the following Tuesday, and in those long hours between Friday afternoon (when I had assured him of my prayers) and Tuesday morning (when she had gone into surgery) I had not been in touch.  Nor had I been in touch in the days that followed, when she was recovering.  In his words, my silence was “loud.”

This is what I wrote in reply:

I dropped the ball.  I failed you.

I could try to justify it by saying I had a lot on my plate last week, and I was not feeling well, but if I had taken even five minutes to put myself in your shoes, to think about how I would feel [in your situation], I would have done a much better job of caring for you and [your wife].

So, there’s no excuse. All I can say is I’m sorry. I am a human being who is fallible, and this last week I failed you. I hate that because I love you, and always look forward to speaking to you after worship on Sundays. I wish I could do this one over and get it right but in the meantime hear me say I am sorry.

I’ve been thinking about you so much since you reached out, and I am so glad you did, because otherwise I would not have known how deeply I hurt you.

I hope that in time you will be able to forgive me. For now, please know that I am saying prayers for you and [your wife], and ready to do whatever I can for the two of you.

With love and prayers,

I believe that in time he will be able to forgive me.  He is a big-hearted person, and a true Christian.  But it hurts me so much that I hurt him and I wonder how many times I have done the same to others, perhaps even to you.  And so I ask:

Can you forgive me?

In my own words I am a human being who is fallible, and sometimes I fail people, and it grieves me more than you can know.  One of the real hardships of being a pastor is going to bed every night knowing that you have probably let somebody down.  I did that last night.  But you get up the next morning and try again, and that’s what I’m doing today.  If you need me, call me, and if I don’t respond, call again.

I don’t want to let you down. 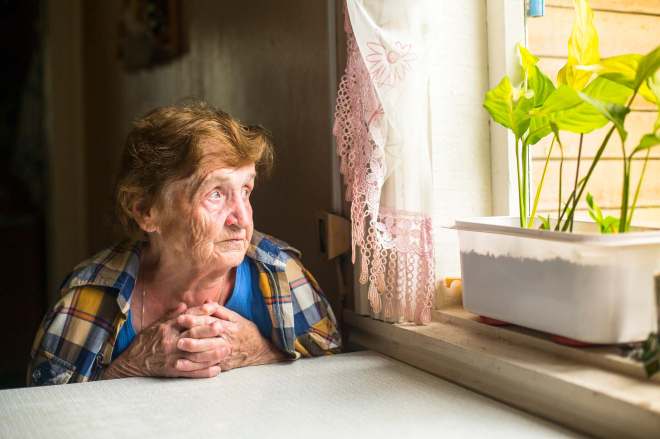 Gladys Hinson was a member of the search committee that called me to my first full-time ministry position.  She was a retired elementary school teacher who had a little trouble keeping her thoughts to herself.  When I was having lunch with the committee after preaching my trial sermon she blurted out, “Well, the rest of you can look all you want, but I’ve found my pastor!”

I loved her for that.

I also loved her for what she did when I got settled in my new job; she asked me to set aside some time when I could go with her to visit “her people.”

Her people turned out to be members of the church who were now living in nursing homes in the area.  She took me to three different places, and at each one she introduced me to elderly men and women who had once been actively involved in the life of the church.

The way my perception changed about each one was almost miraculous.

For example: when I walked into one room I saw an old woman sitting in a wheelchair, but as Gladys began to tell me about the way this woman had worked with the preschool choir, and how she had led our Vacation Bible School each year, and how she had once showed up at a costume party dressed as a sunflower (!), she became younger and stronger in my eyes.  And maybe it wasn’t only my perception.  As Gladys talked about her this woman sat up straighter in her wheelchair and began to beam until it was easy to see her as the “sunflower” she had once been.

And here’s what happened to me:

I stayed at that church nine years, and in those years some of the people who had been active and involved when I arrived moved on to the nursing home.  When I went to see them I didn’t need anyone to tell me about them—I knew!  And when Gladys herself moved into the nursing home I tried to be as faithful to her as she had been to “her people,” and tell anyone who would listen what a wonderful person she was.

This is what can happen when you stay at a church long enough: you can see vital, active members transition into a different stage of life.  And here’s another thing that can happen: you can stop burying church members and start burying friends.

I’ve been here more than eleven years now, and that’s how I feel after some of the recent deaths in our congregation, after having to say goodbye to friends like Alice, and Ruth, and Buddy, and Liz, and Bernard, and June, and Lee, and Anne, and John, and Bill.

It makes me sad.

You get to be part of the family.

Thank you for letting me into some of the most intimate spaces of your lives—birth, death, aging, and adolescence.  And thank God for those people like Gladys who “knew us when,” and who see us the way God sees us when nobody else can.