My friend and colleague Ralph Starling recently shared this brief article by Seth Godin about paracosms.  What’s a paracosm?  Literally it means “a world alongside,” but listen to how Godin describes it:

A paracosm is an ornate, richly detailed imaginary world. Whether you’re a three-year old with imaginary playmates, or a passionate inventor imagining how your insight will change just about everything, a paracosm gives you the opportunity to hypothesize, to try out big ideas and see where they take you.

[Let me interrupt long enough to say that the Kingdom of Heaven, as Jesus talked about it, sounds like a paracosm].

Managers at established organizations have a very hard time with this. Take book publishing as an example. Ten or fifteen years ago, I’d sit with publishing chiefs and say, “let’s imagine how the world looks when there are no mass market books published on paper…” Before we could get any further, they’d stop the exercise. “It’s impossible to imagine that. Paper is magical. Are you saying you don’t believe in books?” (I heard variations on this from people as recently as a year ago.)

[Let me interrupt again to say that the way the scribes and Pharisees responded to Jesus’ talk about the Kingdom of Heaven sounds like that].

The emotional response is easy to understand. If one of the core principles of your business needs to be abandoned in order to act out the paracosm, it feels disloyal to even utter it. Sort of like asking your spouse if he’s going to remarry after you die…

The most effective, powerful way to envision the future is to envision it, all of it, including a future that doesn’t include your sacred cows. Only then can you try it on for size, imagine what the forces at work might be and then work to either prevent (or even better, improve on) that future and your role in it.

It’s not disloyal to imagine a future that doesn’t include your founding precepts. It’s disloyal not to.

If that’s true, do we need to spend some time today imagining a future that doesn’t include the church as we know it, but rather the kingdom as God knows it?  And if so, what would that future look like?  According to Seth Godin, “A paracosm gives you the opportunity to hypothesize, to try out big ideas and see where they will take you.”

Go ahead. Knock yourself out.

There are so many things in this article that seem relevant to KOH2RVA–our year-long, every-member mission trip. The emphasis on relationships, the return to Jesus, the community focus, the conversational orientation, the rise of the laity…all of these could describe what happens when a church decides to get up off the pews and bring heaven to earth. Thanks to all of you who have joined us on this mission trip. May God’s kingdom come, and God’s will be done, in Richmond as it is in heaven!

Church leaders, denominational executives, and religion researchers gathered in Colorado recently to examine the church’s health and prognosis. The Future of the Church Summit was sponsored by Group Publishing.

After evaluating current trends, Summit members predicted a number of likely scenarios for the American church in the next ten years: 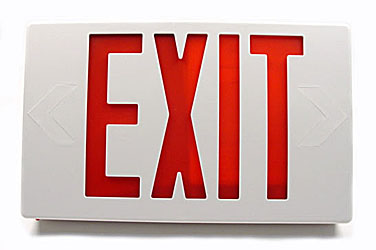 I noticed a sudden spike in the traffic on my blog site yesterday, and it wasn’t because of the funny Advent story about Donald, or the sobering reminder of the AIDS pandemic, it was because people were reading the post called “Fifty Years from Now, Will We Still Be Doing This?” (or maybe they just wanted to push the button on the nifty polling device).

I’ve been surprised by the results of that poll.  When I last checked, 41 percent of respondents thought we would still be doing church the same way fifty years from now; 39 percent thought the church would be bigger and stronger than ever; while only 20 percent thought the church would have evolved into something else by then, perhaps a collection of house churches.  The results suggest that the people reading my blog are either a) stubbornly optimistic or, b) woefully uninformed (smile).  There is a third option, of course, and that is that my readers are believers who know that “nothing will be impossible with God” (Luke 1:37).

That’s true.  But let’s take a look at the facts:

According to a survey sponsored by the National Opinion Research Center at the University of Chicago religious attendance in America fell from 41 percent in 1971 to 31 percent in 2002.  In 2005, instead of asking people “Do you attend church regularly?” sociologists C. Kirk Hadaway and Penny Long Marler asked them, “Did you attend church last Sunday?” and got numbers closer to 22 percent of the total population.  You don’t even have to know the facts to know that churchgoing in America has changed significantly in the last fifty years.  How will it change in the next fifty?

While the movement Jesus started will never die, the institutional church seems to be in trouble.  I remember hearing Biship William H. Willimon report, years ago, that the United Methodist Church was losing 2,000 members each day.  Even strong, evangelical denominations like the Southern Baptist Convention, once thought to be immune to such decline, have shown a recent downturn in membership.  Those churches that are thriving, mostly megachurches, tend to achieve their success through agressive church growth strategies that often minimize the demands of the gospel.

First Baptist, Richmond, has been able to maintain its vitality largely through its television ministry, which reaches an estimated 20,000 people each week.  While other downtown churches are struggling, our sanctuary remains comfortably full on Sunday, and the visitors and new members who come to us often say they first saw us “on TV.”  Still, the people who actually come into our building each week represent less than a third of our total membership.   And of those estimated 20,000 people who watch our services now we need to ask how many will be watching ten years from now?  Or thirty?  Or fifty?

I’m still reading Julia Duin’s book (Quitting Church), and I’m still asking people what they think the future holds.  I’m finding that many of them, instead of being depressed by the statistics, are excited about how the church might change.  One of those people is my friend and colleague Amy Butler, pastor of Washington, DC’s, Calvary Baptist Church.  If you’d like to read her thoughts, click here.  If you’d like to join the conversation, click on the word “comments” below and let me know what you’re thinking.  And if you’d rather just click the button on one of those nifty polling devices, try this one:

On this day after Thanksgiving, I’m reading a book called Quitting Church by Julia Duin, Religion Editor for the Washington Times.  Here’s what the book jacket says:

Recent studes show that churches across the country are seeing once-faithful members disappear from their midst.  Why are so many Christians remaining committed to the faith yet dissatisfied with and disconnected from the established church?

Religion reporter Julia Duin has collected the research and added insights from her own interviews with disillusioned followers and visits to numerous churches.  She reveals and explores a number of crucial factors underlying this shift, including irrelevant teaching, the neglect of singles, the marginalization of women, and a lack of authentic spiritual power.  She also delves into trends such as house churches and postmodern or emergent congregations.  Her careful analysis and thoughtful reflection will help church leaders examine how they can better serve those in their congregations and communities who are struggling to find a spiritual home.

So, here’s the question I’ve been asking friends, colleagues, and church members for the past few weeks:  Fifty years from now, will we still be getting up on Sunday mornings, knotting our neckties, getting into our cars, and driving to some central location to sit in a pew, say our prayers, sing some hymns, and hear a sermon, or will church either a) evolve into something else or b) disappear altogether?

I’d be interested to hear your responses, especially if you think church will evolve into something else.  What will it evolve into, and how can we anticipate that and get there ahead of the curve?  You can either vote by clicking one of the boxes on the poll below, or share your thoughts by clicking on the word “comments” just beneath that.

In the spirit of Thanksgiving—I’d be grateful.