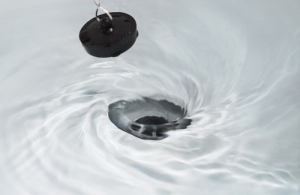 Recent comments on my blog and conversations in the church hallway have convinced me that there is another line of reasoning in our current debate about baptism and membership, one that I haven’t fully understood.  As these people have explained to me (gently, patiently) our membership requirement doesn’t imply that people from other denominations are not Christian, it only points to the fact that they are not Baptist.  And if they want to be Baptist they must submit to believer’s baptism by immersion.

So, let me see if I’ve got this right: believer’s baptism by immersion is what makes you Baptist?

Maybe that’s where I’m confused.  I’ve always thought that baptism was a symbol of entering the new life in Christ.  I thought that’s what Paul was talking about when he said in Romans 6 that it’s like dying with Jesus, and being buried with him, and then being raised from the dead.  I thought it’s what Jesus was referring to in John 3 when he told Nicodemus that in order to enter the Kingdom he had to be “born again.”

The language of resurrection and re-birth is powerful language.  I sometimes refer to it as “transfer terminology”: it’s about making the move from one way of life to another.  And I can see how, if you have come out of a life of sin and selfishness, you might want to drown the “old man” (as Paul calls him) in a watery grave, and let God raise up the “new man” just as he raised Jesus.  You might want to be “born again,” in the way Jesus described it to Nicodemus, if that really meant you could make a fresh start of your life.  The waters of baptism—to me—have always been a place where people entered the new life in Christ, where they were raised from the dead or born again, but they have never been—to me—a place where you make a Methodist into a Baptist.

Is that what Paul was talking about?  Is that what Jesus meant?  I cannot find any scriptural support for the idea of making Christians from other denominations into Baptists by baptizing them.  To me it empties the meaning of baptism; it drains it out of the baptistry like water out of a tub.  Instead of doing it “to fulfill all righteousness” (the words chiseled in stone above our baptistry) we do it to fulfill a membership requirement.

That’s not even in the Bible.

I don’t want to empty baptism of its meaning.  I don’t want to use our baptistry to make Methodists (or Presbyterians, or Episcopalians, or Lutherans) into Baptists.  I want to use it to symbolize that moment when someone becomes a Christian, when they rise up from that watery grave or take the first breath of their new life in Christ.  That’s when the angels rejoice in heaven, that’s when the Hallelujah chorus begins.  Transferring your church membership from one denomination to another is not the same thing at all.